I chose this theme – Floating in Darkness as I feel that it exactly matches what his works are all about. Callesen’s works exist on the basis that the unreal exists in reality. It may seem perfect, but that perfection will last for only a while, just like a dream. Callesen always wanted the people to notice the actual materiality of common blank paper we use in our daily lives. Thus, my exhibition will be in darkness, whereby light is cast only on the artworks. This way, the people can really observe the actual materiality of the paper without any distractions.
"It is in this meeting or confrontation of dreams and reality, that these works become alive.”
Poster
The poster is a play of light and shadows. With lights making it possible, I want to suggest that the two-dimensional negative space is creating three-dimensional reality in this poster. I hung it above the human height level because I want people to notice the shadow first. After noticing the shadow, be curious to what has made that shadow and when they look up, be awed that it is actually just a piece of blank white paper. 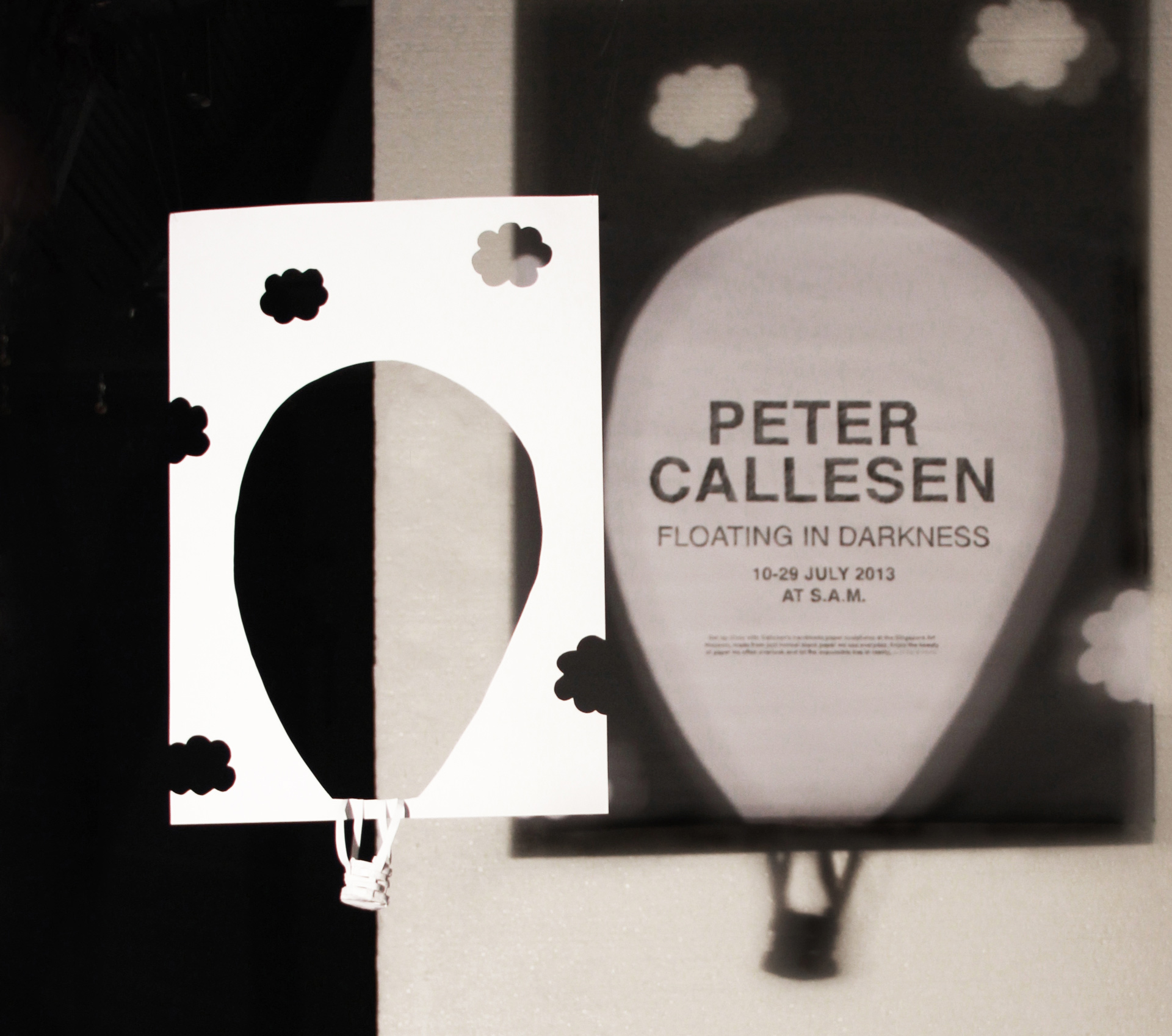 A hot air balloon is depicted to be many people’s dream to ride on one and travel the world. However, not many get a chance to really ride on one, let alone travel the world. Secondly, it is floating in the air. Thirdly, it lasts only for a while, till there is no more fuel. Clouds were used as enhancement for the dreamy atmosphere. With the cutouts, I made the wicker basket of the hot air balloon.

For my exhibition details, I chose to hand trace them using a pencil, in Helvetica typeface onto blank paper. Helvetica is a typeface whereby it is something that almost everyone can relate to, and is neutral and open. I traced the type because firstly, a humanistic touch is added. Secondly, it is my own interpretation of Helvetica as I trace it that links back to my theme floating, which is how it exists in that interpreted form for just a while. Thirdly, Helvetica being so neutral and open like white paper gets a character and meaning to it as I interpret it. It feels exactly like how Callesen gives white paper character.
Take-home Kit
This mini kit allows people to simulate the experience of how it is like creating Callesen’s works, however in a much simpler way. There are mini cards that bring you through some of his famous works, and also some perforated papers of Callesen's work for you to simulate creating. More blank papers are included to encourage you to create your own rendition. 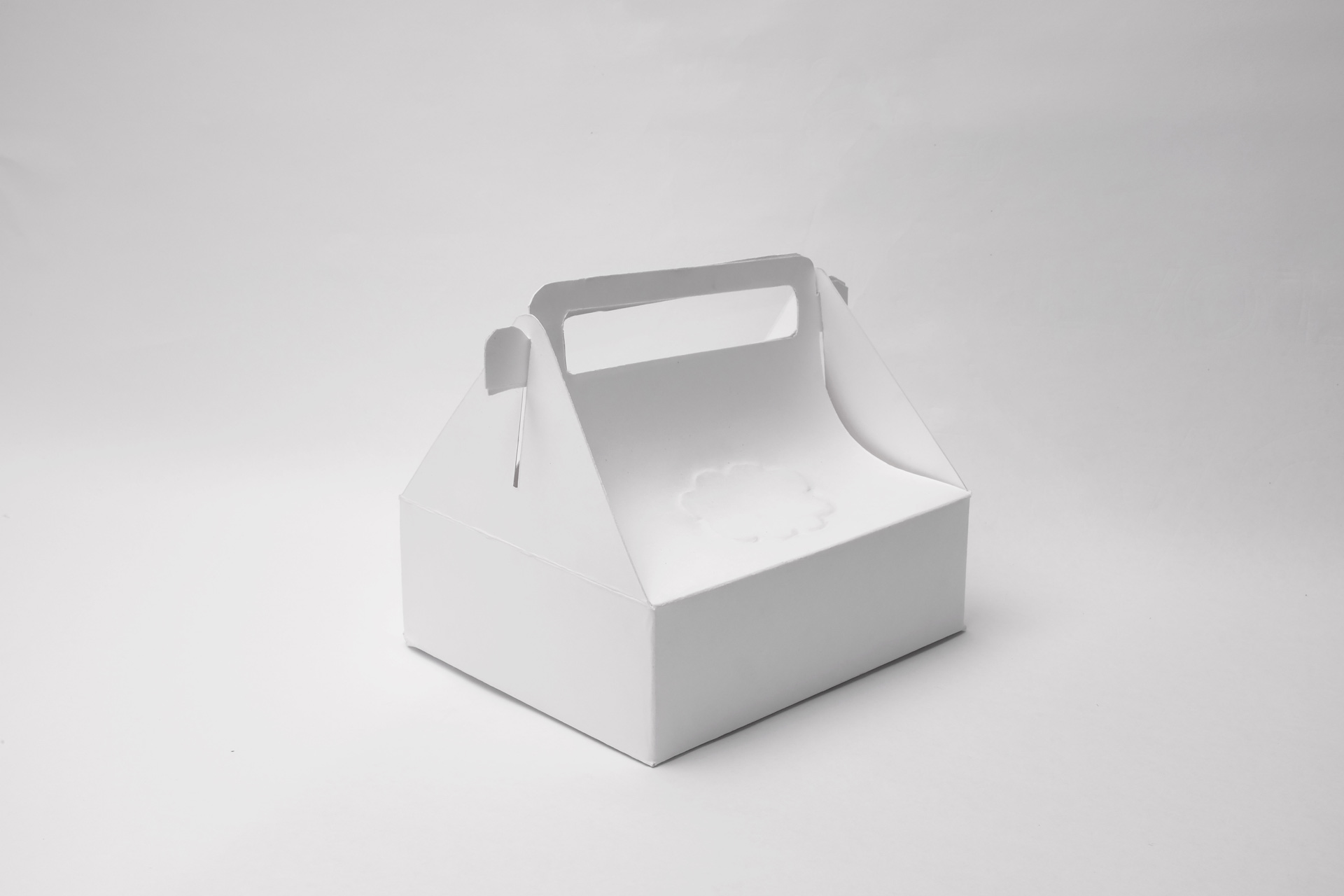 Next Project > Trust Your Gut
Home